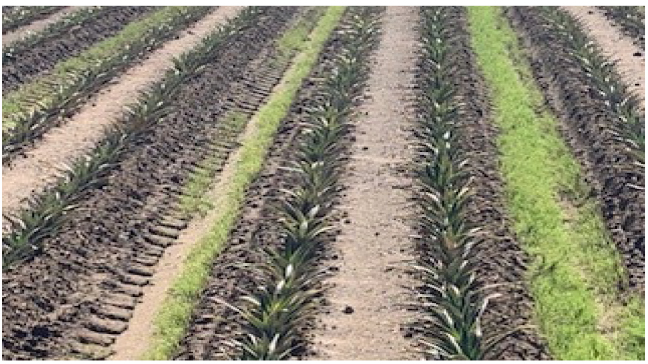 To evaluate the benefits of surface stabilisation practices on low to moderate slopes to reduce/mitigate surface erosion and off farm deposition.

The trial site has followed a previous crop of 73-50 hybrid which was only taken to plant crop due to poor health.  The previous crop harvested below industry standards in Spring 2018 with major issues of Phytophthora root rot, nematode, black beetle/white grub and natural flowering.

The soil was prepared to standard industry conditions with good soil tilth, no crop residue and good soil moisture with a soil pH of 4.3.  The average slopes of the block are 2 – 3%. The block was established with industry standard herbicide practices which included a pre-plant incorporation and post plant drench immediately after planting. 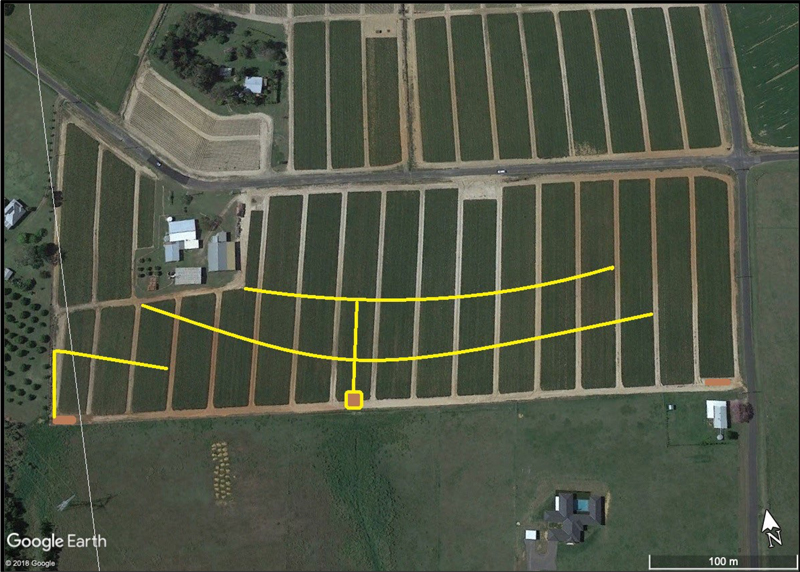 Trial location prior to contour draining/soil opened up with plough to assist drying out.

Phase 1 – Two different living mulch species were planted, rye grass and oats 6 weeks after planting.  Planting of the living mulch involved an initial tillage operation with a tine into the inter-row to a depth of 10cm to open a furrow.  Seed was then planted by hand.   A second tillage operation with the tine and then a final pass compressing the inter-row with the tractor tyres. The treated rows were 100m in length. 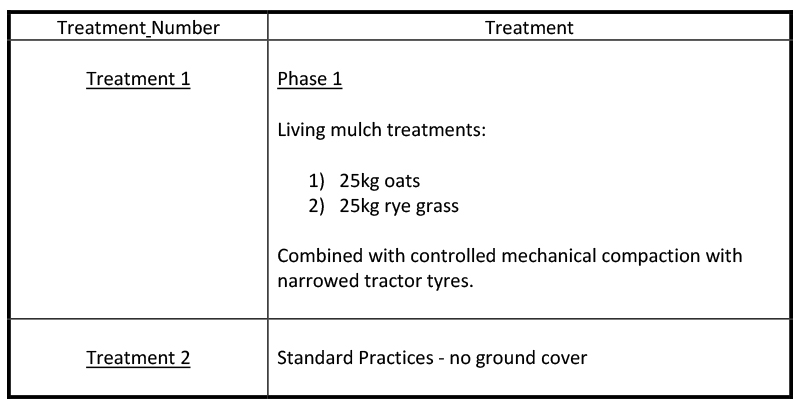 Constant rainfall disrupting land preparation during establishment of block.  The site has subsequently been relatively dry for the majority of the trial period.

The initial results have indicated that living mulch can be planted with moderate success into pineapple fields that have been treated with industry standard herbicide programs.  Both rye grass and oats was able to establish into a soil with herbicide residue present.  However, growth was limited to 10 – 15cm before the living mulch died.  This also coincided with the first rainfall event of 20mm.

The vegetative mass/cover of both living mulch crops was able to stabilise the soil to a moderate degree.  In this case, the oats were more successful than the rye grass.

The addition of mechanically controlled compaction (tractor tyres) in the inter-row further assisted the living mulch seed to establish but also supported stabilisation within the highly erodible areas of the furrow.  The compaction from the tractor tyres and the pattern of the tread assisted the minimisation of soil erosion.

Prior to the first sampling the site received 20mm rainfall over a four-hour period.

After 20mm rainfall: (left) high erosion where there was no ground cover, (right) low erosion in the presence of living mulch

Even after the living mulch had died, the vegetative matter remains and continues to stabilise the inter-row minimising erosion.  However, the vegetative matter within the rye grass area was minimal.  Soil erosion measured in the rye grass area was marginally more than the well-established oats.  The controlled compaction in both treatments has most likely had a major impact on the soil erosion.

In conclusion, the amount of soil erosion within the living mulch does not meet erosion targets. However, the living mulch generates a better result than standard practices of no ground cover / bare soil.

The conclusions from phase 1 can now be used to plan phase 2.  The main learning from phase 1 is the impact of controlled compaction in the inter row using the tractor tyres / tread pattern.  Secondly, living mulch planted in the inter row reduced soil erosion compared to standard practices (bare soil). However, the levels of soil erosion in the living mulch did not meet target requirements. 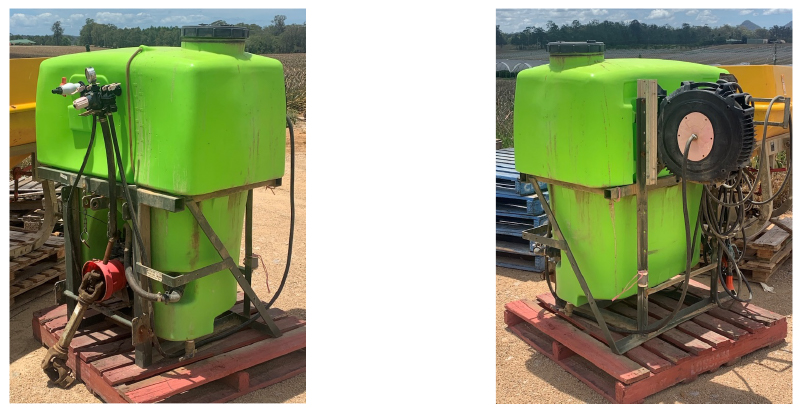 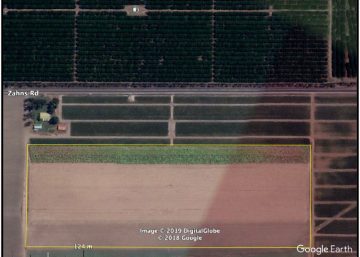 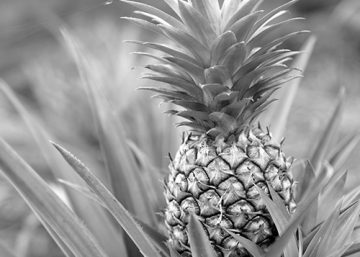 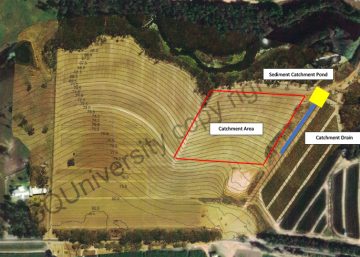 To establish and evaluate a sediment catchment pond built within specific guidelines, designed to capture...